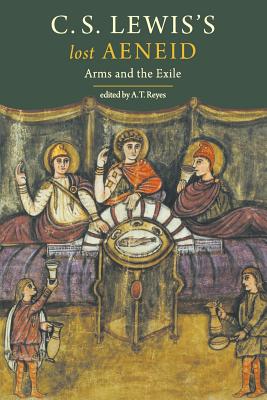 C. S. Lewis (1898-1963) is best remembered as a literary critic, essayist, theologian, and novelist, and his famed titles 'The Chronicles of Narnia' and 'The Screwtape Letters' have been read by millions. Now, Andres Reyes reveals a different side of this diverse man of letters: translator.

Reyes introduces the surviving fragments of Lewis's translation of Virgil's epic poem, which were rescued from a bonfire. They are presented in parallel with the Latin text, and are accompanied by synopses of missing sections, and an informative glossary. Lewis's admiration for the Aeneid, written in the first century BCE and unfolding the adventures of Aeneas, a Trojan who travelled to Italy and became the ancestor of the Romans, is evident in his remakably lyrical translation.

'C.S. Lewis's Lost Aeneid' is part detective story, as Reyes recounts the dramatic rescue of the fragments and his efforts to collect and organize them, and part illuminating look at a lesser-known and intriguing aspect of Lewis's work.