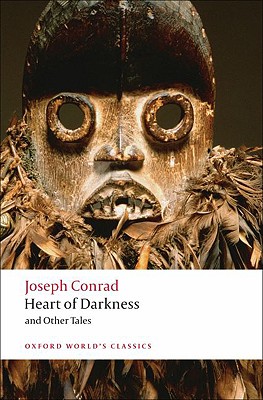 Heart of Darkness and Other Tales (Oxford World's Classics)

The finest of all Conrad's tales, Heart of Darkness is set in an atmosphere of mystery and menace, and tells of Marlow's perilous journey up the Congo River to relieve his employer's agent, the renowned and formidable Mr. Kurtz. What he sees on his journey, and his eventual encounter with Kurtz, horrify and perplex him, and call into question the very bases of civilization and human nature. Endlessly reinterpreted by critics and adapted for film, radio, and television, the story shows Conrad at his most intense and sophisticated.

The other three tales in this volume depict corruption and obsession, and question racial assumptions. Set in the exotic surroundings of Africa, Malaysia, and the east, they variously appraise the glamour, folly, and rapacity of imperial adventure. This revised edition uses the English first edition texts and has a new chronology and bibliography. About the Series: For over 100 years Oxford World's Classics has made available the broadest spectrum of literature from around the globe. Each affordable volume reflects Oxford's commitment to scholarship, providing the most accurate text plus a wealth of other valuable features, including expert introductions by leading authorities, voluminous notes to clarify the text, up-to-date bibliographies for further study, and much more.

Title:: Heart of Darkness and Other Tales (Oxford World's Classics)

Heart of Darkness and Other Tales (Oxford World's Classics)