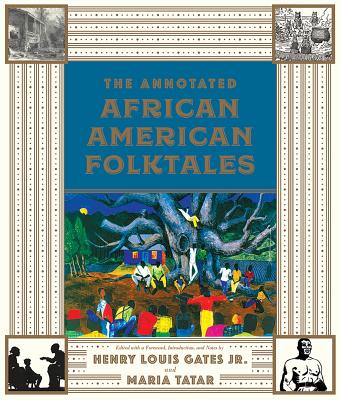 Drawing from the great folklorists of the past while expanding African American lore with dozens of tales rarely seen before, The Annotated African American Folktales revolutionizes the canon like no other volume. Following in the tradition of such classics as Arthur Huff Fauset's "Negro Folk Tales from the South" (1927), Zora Neale Hurston's Mules and Men (1935), and Virginia Hamilton's The People Could Fly (1985), acclaimed scholars Henry Louis Gates Jr. and Maria Tatar assemble a groundbreaking collection of folktales, myths, and legends that revitalizes a vibrant African American past to produce the most comprehensive and ambitious collection of African American folktales ever published in American literary history. Arguing for the value of these deceptively simple stories as part of a sophisticated, complex, and heterogeneous cultural heritage, Gates and Tatar show how these remarkable stories deserve a place alongside the classic works of African American literature, and American literature more broadly.

Opening with two introductory essays and twenty seminal African tales as historical background, Gates and Tatar present nearly 150 African American stories, among them familiar Brer Rabbit classics, but also stories like "The Talking Skull" and "Witches Who Ride," as well as out-of-print tales from the 1890s' Southern Workman. Beginning with the figure of Anansi, the African trickster, master of improvisation--a spider who plots and weaves in scandalous ways--The Annotated African American Folktales then goes on to draw Caribbean and Creole tales into the orbit of the folkloric canon. It retrieves stories not seen since the Harlem Renaissance and brings back archival tales of "Negro folklore" that Booker T. Washington proclaimed had emanated from a "grapevine" that existed even before the American Revolution, stories brought over by slaves who had survived the Middle Passage. Furthermore, Gates and Tatar's volume not only defines a new canon but reveals how these folktales were hijacked and misappropriated in previous incarnations, egregiously by Joel Chandler Harris, a Southern newspaperman, as well as by Walt Disney, who cannibalized and capitalized on Harris's volumes by creating cartoon characters drawn from this African American lore.

Presenting these tales with illuminating annotations and hundreds of revelatory illustrations, The Annotated African American Folktales reminds us that stories not only move, entertain, and instruct but, more fundamentally, inspire and keep hope alive.