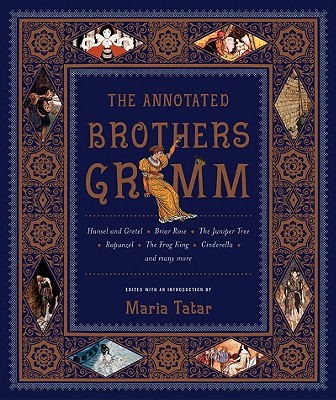 The Annotated Brothers Grimm celebrates the richness and dramatic power of the legendary fables in the most spectacular and unusual Grimm volume in decades. Containing forty stories in new translations by Maria Tatar--including "Little Red Riding Hood," "Cinderella," "Snow White," and "Rapunzel"--the book also features 150 illustrations, many of them in color, by legendary painters such as George Cruikshank and Arthur Rackham; hundreds of annotations that explore the historical origins, cultural complexities, and psychological effects of these tales; and a biographical essay on the lives of Jacob and Wilhelm Grimm. Perhaps most noteworthy is Tatar's decision to include tales that were previously excised, including a few bawdy stories and others that were removed after the Grimms learned that parents were reading the book to their children--stories about cannibalism in times of famine and stories in which children die at the end. Enchanting and magical, The Annotated Brothers Grimm will cast its spell on children and adults alike for decades to come.