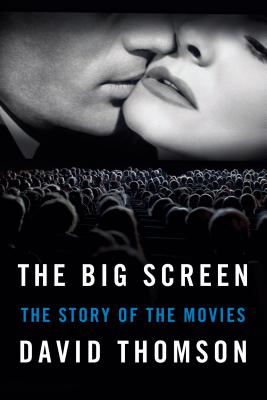 The Big Screen: The Story of the Movies

"The Big Screen "tells the enthralling story of the movies: their rise and spread, their remarkable influence over us, and the technology that made the screen smaller now, but ever more ubiquitous as important as the images it carries.

"The Big Screen "is not another history of the movies. Rather, it is a wide-ranging narrative about the movies and their signal role in modern life. At first, film was a waking dream, the gift of appearance delivered for a nickel to huddled masses sitting in the dark. But soon, and abruptly, movies began transforming our societies and our perceptions of the world. The celebrated film authority David Thomson takes us around the globe, through time, and across many media moving from Eadweard Muybridge to Steve Jobs, from "Sunrise "to "I Love Lucy," from John Wayne to George Clooney, from television commercials to streaming video to tell the complex, gripping, paradoxical story of the movies. He tracks the ways we were initially enchanted by movies as imitations of life the stories, the stars, the look and how we allowed them to show us how to live. At the same time, movies, offering a seductive escape from everyday reality and its responsibilities, have made it possible for us to evade life altogether. The entranced audience has become a model for powerless and anxiety-ridden citizens trying to pursue happiness and dodge terror by sitting quietly in a dark room.

Does the big screen take us out into the world, or merely mesmerize us? That is Thomson's question in this grand adventure of a book. Books about the movies are often aimed at film buffs, but this passionate and provocative feat of storytelling is vital to anyone trying to make sense of the age of screens the age that, more than ever, we are living in."

Title:: The Big Screen: The Story of the Movies

The Big Screen: The Story of the Movies