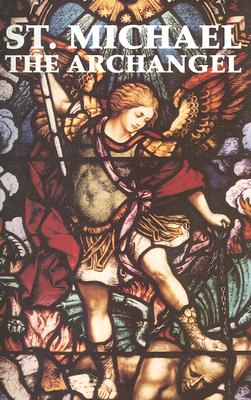 The St. Michael Prayer is once again being prayed daily for the intention of Religious Liberty in America

This booklet includes Prayers to St. Michael. From the Old Testament times until today, St. Michael the Archangel has always powerfully defended and assisted God's people on earth. Based on Scripture, Church history and saintly traditions, this book explains St. Michael's name, his rank among the Angels, his victory over Satan, his role among the Israelites, his role as Guardian Angel of the Catholic Church, as defender of souls, Heavenly Physician, helper in battle, advocate of the dying, consoler of the Poor Souls in Purgatory and guardian of the Blessed Sacrament and the Pope. Also included are the apparition and victory at Monte Gargano, the huge shrine to the Archangel on Mont St. Michel, the vision of Pope Leo XIII and St. Michael\'s role to come at the End of Time. Here too is a treasury of prayers, including the famous Chaplet of St. Michael the Archangel. A goldmine of traditional facts which will be an eye-opener and an encouragement to all Catholics in our daily spiritual battles