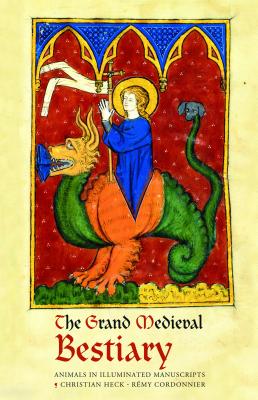 Now in an affordable edition, a splendid pageant of the animal kingdom as the Middle Ages saw it

As the 587 colorful images in this magnificent volume reveal, animals were a constant--and delightful--presence in illuminated manuscripts throughout the Middle Ages. They were illustrated not only in bestiaries--the compendiums of animal fact and fable that were exceedingly popular in the twelfth and thirteenth centuries--but in every sort of manuscript, sacred and profane, from the Gospels to the Romance of the Rose. This book is arranged in manner of a proper bestiary, with essays on the medieval lore and iconography of one hundred creatures alphabetized by their Latin names, from the alauda, or lark, whose morning song was thought to be a hymn to Creation, to the vultur, whose taste for carrion made it a symbol of the sinner who indulges in worldly pleasures. The selection includes a number of creatures that would now be considered fantastic, including the griffin, the manticore, and of course the fabled unicorn.