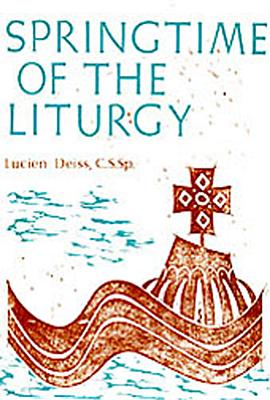 Springtime of the Liturgy: Liturgical Texts of the First Four Centuries

A collection of primary liturgical texts from the beginnings of Christianity to the fifth century. The dazzling varieties and continuities of these ancient liturgies with our own are evident from this collection. The editor's comments, though minimal, are helpful. But little commentary is needed. The texts, unadorned, speak with their own pristine power. 307 pp.

(Re-released as part of the Classics in Liturgy series) Originally published as Early Sources of the Liturgy, this book presents the principal texts of the Christian liturgy from its beginnings to the fifth century. Included among the main sources treated are liturgical texts of the Jewish tradition; doxologies, hymns, and blessings of the New Testament; the Didache; the Letter to the Corinthians of Clement of Rome; the Apostolic Tradition of Hippolytus of Rome; the Anaphora of Addai and Mari; the Didascalia of the Apostles; the Euchology of Serapion.

Later witnesses include the Strasbourg Papyrus; the Apostolic Constitutions; the Euchology of Der Balyzeh; the Catechesis of Cyril of Jerusalem.

Title:: Springtime of the Liturgy: Liturgical Texts of the First Four Centuries

Springtime of the Liturgy: Liturgical Texts of the First Four Centuries