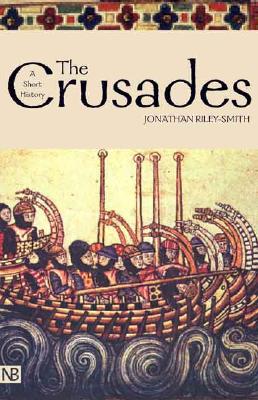 Simply the finest one-volume history of the Crusades, taking us from their inception in 1095 to the last resistance to Napoleon of the Crusading order of the Knights of St. John of Malta (the Hospitallers) in 1798. Attention is given not only to the better known Crusades in the Holy Land but also against the Albigensians and other heretical groups in Europe, the Ottomans in the East on behalf of and sometimes against particular Byzantine emperors (the notorious Fourth Crusade receives its due). Riley-Smith's work is the epitome of objective scholarship, neither painting the Crusaders as bloodthirsty villains nor glorifying them as pious would-be martyrs (and he reminds us that many of the greatest saints of the medieval West, including Bernard of Clairvaux, Thomas Aquinas, Bridget, and Catherine of Siena supported them). His description of their motives and context is sufficient to relieve us of our preconceptions. Maps and a generous bibliography supplement the many other merits of this book.

Jonathan Riley-Smith here provides a comprehensive history of the Crusades: an account of the theology of violence behind the Crusades, the major Crusades, the experience of crusading, and the crusaders themselves. With a wealth of fascinating detail, Riley-Smith brings to life these stirring expeditions to the Holy Land and the politics and personalities behind them. His book will be the standard and authoritative account of the Crusades for years to come. This new edition includes revisions throughout as well as a new Preface and Afterword in which Jonathan Riley-Smith surveys recent developments in the field and examines responses to the Crusades in different periods, from the Romantics to the Islamic world today.

From reviews of the first edition:

"Everything is here: the crusades to the Holy Land, and against the Albigensians, the Moors, the pagans in Eastern Europe, the Turks, and the enemies of the popes. Riley-Smith writes a beautiful, lucid prose, . . . and his book] is packed with facts and action."--Choice

"A concise, clearly written synthesis . . . by one of the leading historians of the crusading movement. "--Robert S. Gottfried, Historian

"A lively and flowing narrative with] an enormous cast of characters that is not a mere catalog but a history. . . . A remarkable achievement."--Thomas E. Morrissey, Church History