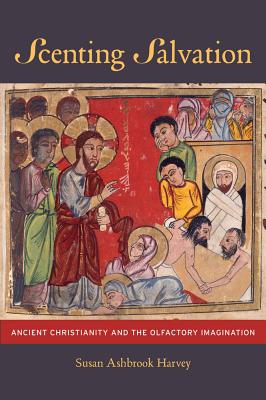 This book explores the role of bodily, sensory experience in early Christianity (first - seventh centuries AD) by focusing on the importance of smell in ancient Mediterranean culture. Following its legalization in the fourth century Roman Empire, Christianity cultivated a dramatically flourishing devotional piety, in which the bodily senses were utilized as crucial instruments of human-divine interaction. Rich olfactory practices developed as part of this shift, with lavish uses of incense, holy oils, and other sacred scents. At the same time, Christians showed profound interest in what smells could mean. How could the experience of smell be construed in revelatory terms? What specifically could it convey? How and what could be known through smell? Scenting Salvation argues that ancient Christians used olfactory experience for purposes of a distinctive religious epistemology: formulating knowledge of the divine in order to yield, in turn, a particular human identity.

Using a wide array of Pagan, Jewish, and Christian sources, Susan Ashbrook Harvey examines the ancient understanding of smell through religious rituals, liturgical practices, mystagogical commentaries, literary imagery, homiletic conventions; scientific, medical, and cosmological models; ascetic disciplines, theological discourse, and eschatological expectations. In the process, she argues for a richer appreciation of ancient notions of embodiment, and of the roles the body might serve in religion.