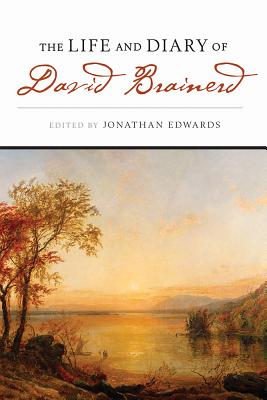 The Life And Diary of David Brainerd

"He was one of distinguished natural abilities, as all are sensible who had acquaintance with him. As a minister of the gospel, he was called to unusual services in that work; and his ministry was attended by very remarkable and unusual events ... He had a peculiar opportunity of acquaintance with the false appearances and counterfeits of religion; was the instrument of a most remarkable awakening ...In the following account, the reader will have an opportunity to see not only what were the external circumstances and remarkable incidents of the life of this person, and how he spent his time from day to day, as to his external behavior; but also what passed in his own heart."
--Jonathan Edwards
David Brainerd, an early missionary to the American Indians in New York, New Jersey, and eastern Pennsylvania, died in 1747 at the age of twenty-nine at the home of his long-time friend and supporter, the eminent Puritan theologian and preacher Jonathan Edwards. It is thanks to Edwards' careful preservation and thoughtful editing of his friend's Diary and Journal that Brainerd has influenced Christians all over the world for over 250 years.
As he labored in what was still the untamed American frontier to bring the Gospel to the Indians, Brainerd faced many challenges, including depression, loneliness, and physical illness. Yet his genuine piety and single-minded devotion to God, both in heart and in practice, form a consistent backdrop to his turbulent inner world. This compilation offers a rare glimpse into the life of a man compelled by God to share His love with others in the most difficult of circumstances.

Title:: The Life And Diary of David Brainerd

The Life And Diary of David Brainerd