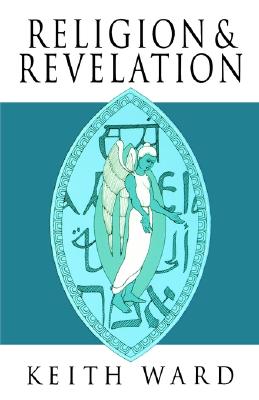 Religion and Revelation : A Theology of Revelation in the World's Religions

Substantially delivered as Gifford Lectures of 1993-4, this book compares forms of revelation in Hinduism, Buddhism, Islam and Christianity, and proposes a theology of revelation that emphasizes its communication through traditions with cultural and intellectual limitations. ''Exceptionally fair and knowledgeable...in the end he stands firmly within the Christian faith, stressing especially its doctrine of Incarnation as a 'superior' form of revelation, notwithstanding his occasional departures from its most orthodox expressions'' (F.G. Kirkpatrick). Solid binding and unmarked interior. Moderate shelfwear, rubbing, creasing to spine.

Since Thomas Aquinas first defined theology as revelation--or the rational elucidation of revealed truth--the idea has played a fundamental role in the history of Western theology. This book provides a new and detailed investigation of the concept, examining its nature, sources, and limitations in all five of the major scriptural religions of the world: Christianity, Judaism, Islam, Hinduism, and Buddhism.
Beginning with an examination of the nature of theology, Keith Ward looks at religion in its early historical manifestations, and considers the idea of revelation as found in the great canonical traditions of the religions of the world. In the process, he develops a distinctly Christian idea of revelation as divine self-expression in history. Finally, he explores how conceptions of revelation must be revised in light of modern historical and scientific thought, and proposes a new and positive theology of revelation for the future.
Religion and Revelation includes discussions of the work of most major theologians including Aquinas, Tillich, Barth, Temple, Frazer, and Evans Pritchard. It should be of interest to scholars and students of comparative religion, philosophers of religion, theologians, and anthropologists.

Title:: Religion and Revelation : A Theology of Revelation in the World's Religions

Religion and Revelation : A Theology of Revelation in the World's Religions