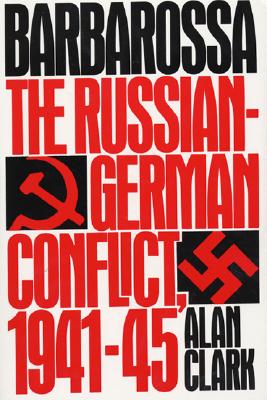 On June 22, 1941, before dawn, German tanks and guns began firing across the Russian border. It was the beginning of Hitler's Operation Barbarossa, one of the most brutal campaigns in the history of warfare. Four years later, the victorious Red Army has suffered a loss of seven million lives. Alan Clark's incisive analysis succeeds in explaining how a fighting force that in one two-month period lost two million men was nevertheless able to rally to defeat the Wehrmacht. The Barbarossa campaign included some of the greatest episodes in military history: the futile attack on Moscow in the winter of 1941-42, the siege of Stalingrad, the great Russian offensive beginning in 1944 that would lead the Red Army to the historic meeting with the Americans at the Elbe and on to victory in Berlin.

Barbarossa is a classic of miltary history. This paperback edition contains a new preface by the author.