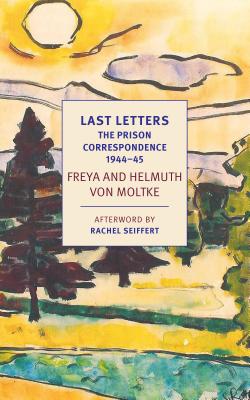 Available for the first time in English, a moving prison correspondence between a husband and wife who resisted the Nazis.

Tegel prison, Berlin, in the fall of 1944. Helmuth James von Moltke is awaiting trial for his leading role in the Kreisau Circle, one of the most important German resistance groups against the Nazis. By a near miracle, the prison chaplain at Tegel is Harald Poelchau, a friend and co-conspirator of Helmuth and his wife, Freya. From Helmuth's arrival at Tegel in late September 1944 until the day of his execution by the Nazis on January 23, 1945, Poelchau would carry Helmuth's and Freya's letters in and out of prison daily, risking his own life. Freya would safeguard these letters for the rest of her long life, much of it spent in Norwich, VT, from 1960 until her death in 2010. Last Letters is a profoundly personal record of the couple's love, faith, and courage in the face of fascism. Written during the final months of World War II, the correspondence is at once a collection of love letters written in extremis and a historical document of the first order. Published to great acclaim in Germany, this volume now makes this deeply moving correspondence available for the first time in English.