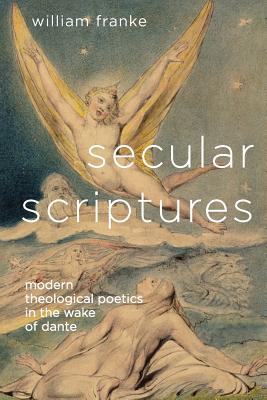 With Secular Scriptures: Modern Theological Poetics in the Wake of Dante, William Franke reexamines the role that literature plays in theological revelation. In the modern world, secularism typically means the exclusion of God from the world. Yet Franke, recognizing that secularity itself is built into religion and revelation, argues that theologically sensitive poetry has driven secularization throughout the modern period. The essays in this volume construct a trajectory through modern poetic literature as it struggled with the sense of a loss of the very possibility of theological revelation. Can literature replace religion? Can it do so triumphantly or only mournfully? Is this literary transmogrification of revelation the death of religion or its rebirth in a vital new form?
Secular Scriptures examines, through its own original speculative outlook, some of the most compelling exemplars of religious-poetic revelation in modern Western literature. The essays taken as an ensemble revolve around and are bookended by Dante, but they also explore the work of Chaucer, Shakespeare, Milton, Blake, Leopardi, Baudelaire, Dickinson, and Yeats. Looking both backward and forward from the vantage of Dante, Franke explores the roots of secularized religious vision in antiquity and the Middle Ages, even as he also looks forward toward its fruits in modern poetry and poetics. Ultimately, Franke's analyses demonstrate the possibilities opened by understanding literature as secularized religious revelation.