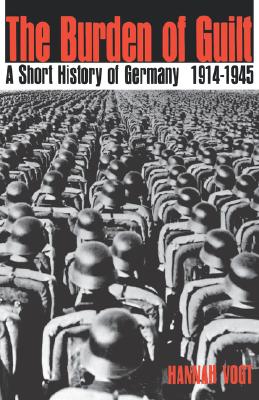 This remarkable book, originally published in Germany as a short history for the younger generation, presents an objective, inside look at the Nazi experience. Vogt gives a straightforward account of the history of Germany from 1914 to 1945, reviewing the causes of World War I, the myth of the postwar "stab in the back," the struggle of the weak Weimar Republic, and the transfer of power to Hitler. She then traces Hitler's rush to war, tells of the persecution of the Jews and the setting up of the concentration camps, and, finally, records the collapse of the Third Reich.