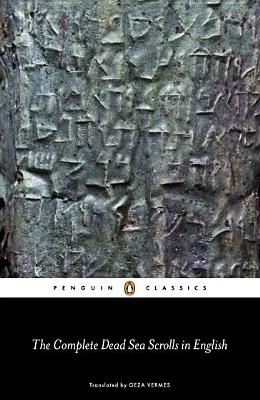 Since its publication in 1962, esteemed biblical expert G za Vermes's translation of the Dead Sea Scrolls has established itself as the authoritative standard. The original manuscripts, discovered in the Judean Desert between 1947 and 1956, completely transformed our understanding of the Hebrew Bible, early Judaism, and the origin of Christianity. Now in its seventh edition, The Complete Dead Sea Scrolls in English has been updated with a number of previously unpublished texts, as well as extensive new introductory material and notes. Some sixty years after the Scrolls' discovery, this revised and expanded volume crowns a lifetime of research by Vermes.

For more than sixty-five years, Penguin has been the leading publisher of classic literature in the English-speaking world. With more than 1,500 titles, Penguin Classics represents a global bookshelf of the best works throughout history and across genres and disciplines. Readers trust the series to provide authoritative texts enhanced by introductions and notes by distinguished scholars and contemporary authors, as well as up-to-date translations by award-winning translators.