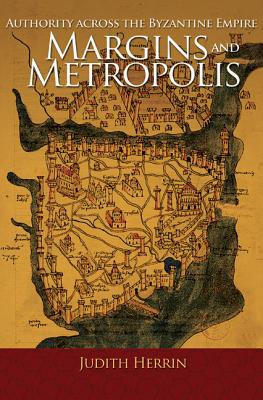 Margins and Metropolis: Authority across the Byzantine Empire

This volume explores the political, cultural, and ecclesiastical forces that linked the metropolis of Byzantium to the margins of its far-flung empire. Focusing on the provincial region of Hellas and Peloponnesos in central and southern Greece, Judith Herrin shows how the prestige of Constantinople was reflected in the military, civilian, and ecclesiastical officials sent out to govern the provinces. She evokes the ideology and culture of the center by examining different aspects of the imperial court, including diplomacy, ceremony, intellectual life, and relations with the church. Particular topics treat the transmission of mathematical manuscripts, the burning of offensive material, and the church's role in distributing philanthropy.

Herrin contrasts life in the capital with provincial life, tracing the adaptation of a largely rural population to rule by Constantinople from the early medieval period onward. The letters of Michael Choniates, archbishop of Athens from 1182 to 1205, offer a detailed account of how this highly educated cleric coped with life in an imperial backwater, and demonstrate a synthesis of ancient Greek culture and medieval Christianity that was characteristic of the Byzantine elite.

This collection of essays spans the entirety of Herrin's influential career and draws together a significant body of scholarship on problems of empire. It features a general introduction, two previously unpublished essays, and a concise introduction to each essay that describes how it came to be written and how it fits into her broader analysis of the unusual brilliance and longevity of Byzantium.

Title:: Margins and Metropolis: Authority across the Byzantine Empire

Margins and Metropolis: Authority across the Byzantine Empire