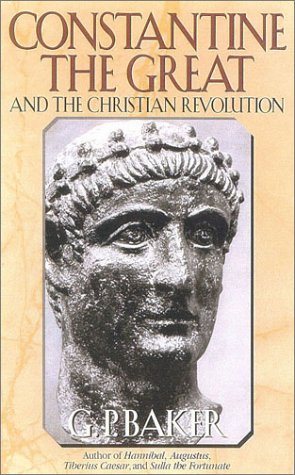 Constantine the Great : And the Christian Revolution

Roman Emperor Constantine is one of the most momentous figures in the history of Christianity, a ruler whose conversion turned the cult of Jesus into a world religion. Classical scholar Baker tells of the changing Roman world in which Constantine rose to power--an empire where feudalism was replacing the old senatorial government and the lands of the empire were split into two regions. It was also a place where customs from the East were replacing the old Roman values, preparing the way for the Byzantine Empire. Baker describes Constantine's unique conversion (which apparently did not prevent him from sacrificing to idols), his wars to control first the Roman army and then the Germans and the lands of Asia Minor, and finally the founding of Constantinople and the establishment of the monarchial system that dominated Europe for over a thousand years.

Title:: Constantine the Great : And the Christian Revolution

Constantine the Great : And the Christian Revolution