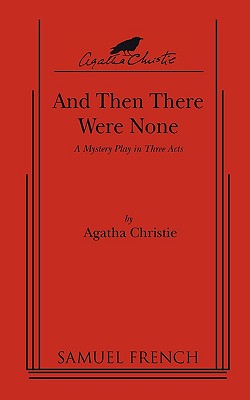 And Then There Were None : A mystery play script in three acts

Mystery / 8m, 3f / Int. In this superlative mystery comedy statuettes of little soldier boys on the mantel of a house on an island off the coast of Devon fall to the floor and break one by one as those in the house succumb to a diabolical avenger. A nursery rhyme tells how each of the ten "soldiers" met his death until there were none. Eight guests who have never met each other or their apparently absent host and hostess are lured to the island and, along with the two house servants, marooned. A mysterious voice accuses each of having gotten away with murder and then one drops dead---poisoned. One down and nine to go The excitement never lets up in this ideal play for schools, colleges and little theatres.

Title:: And Then There Were None : A mystery play script in three acts

And Then There Were None : A mystery play script in three acts