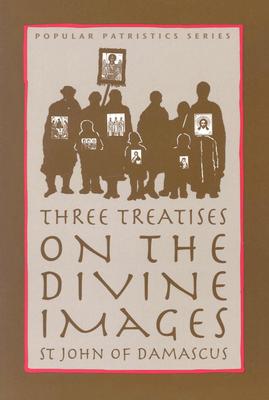 Three Treatises on the Divine Images

Perhaps no name is more synonymous with the subject of early Christian art than the eighth-century monk, John of Damascus. Renowned in both East and West for his profound yet clearly-expressed theology, St. John remains our most accessible defender of Christ glorified in His Church, and this desire is foundational to each of the treatises presented here. He is careful to explain what is meant by 'image' and 'worship,' and he makes a distinction between different forms of veneration. Without St. John's contribution, the political and social concerns of the late Byzantine Empire could have eclipsed the humble beauty and proper use of art in Christian life. Christian iconography is not idolatrous, says St. John, but biblical and an integral part of our apostolic heritage. (A new translation, by the leading scholar of Damascus in the English-speaking world).

In AD 726, the Byzantine emperor ordered the destruction of all icons, or religious images, throughout the empire, and icons were subject to an imperial ban that was to last, with a brief remission, until AD 843. A defender of icons, St John of Damascus wrote three treatises against "those who attack the holy images." He differentiates between the veneration of icons, which is a matter of expressing honor, and idolatry, which is offering worship to something other than God.

Three Treatises on the Divine Images